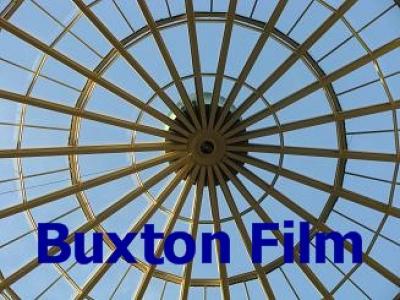 At last we have Film back on the Fringe! Friday evening was a celebration of what we have been missing.

"September", the winner of Buxton Film's short film competition started us off. ("September also won the BAFTA short film award, so respect to the BAFTA judges). And an excellent start it was too. There will be one more chance to see it on Sunday at 7:15 in the Dome Theatre. It will repay the effort and is followed by "Two Days in Paris", something else you should not miss.

September was followed by "Slumdog Millionaire" and "Hunger". This characterises this imaginative venture by Buxton Film's Martins Wood and Thomas and Keith Savage. Short films, Features and Documentaries are intermingled to give something for everybody. The whole has been wonderfully sewn together with introductions created by Buxton Community School media students Andrew MacPhee, Curtis Golden and Nathan Watson

The full programme is available online at www.buxtonfilm.org.uk or in print from the Fringe desk. Reviews of the films are also available there. Be aware that due to the expansion of the programme Saturday and Sunday start at 4pm rather than the 5pm in the Fringe print. All shows are in the Dome Theatre.

Saturday's 'not to be missed' is Andrew Robinson's artistic documentary of the Crescent at 4pm (also showing at the same time on Sunday). Sadly "Walking in Circles" - the story of Buxton's own Eve Sim's journey into the Himalayas - is sold out but an extra showing is hoped for. (Channel Four may well screen it later in the year).

Sunday sees all the shorts entered in the competition (my favourite is another Buxton creation "Real Nutter") and the feature is "Two Days in Paris" The features this evening are "The Secret Life of Bees" and "Waltz with Bashir".

Buxton Film has come up with a bold and ambitious project, much of the programme is free as the films are unclassified but go along and be amazed and donate what you can. It is particularly pleasing to see the local creative input into the programme. We need them back next year - and I'm sure they will be. Any Film buffs out there who want to get involved can contact them through the website.