History of the Paupers Pit 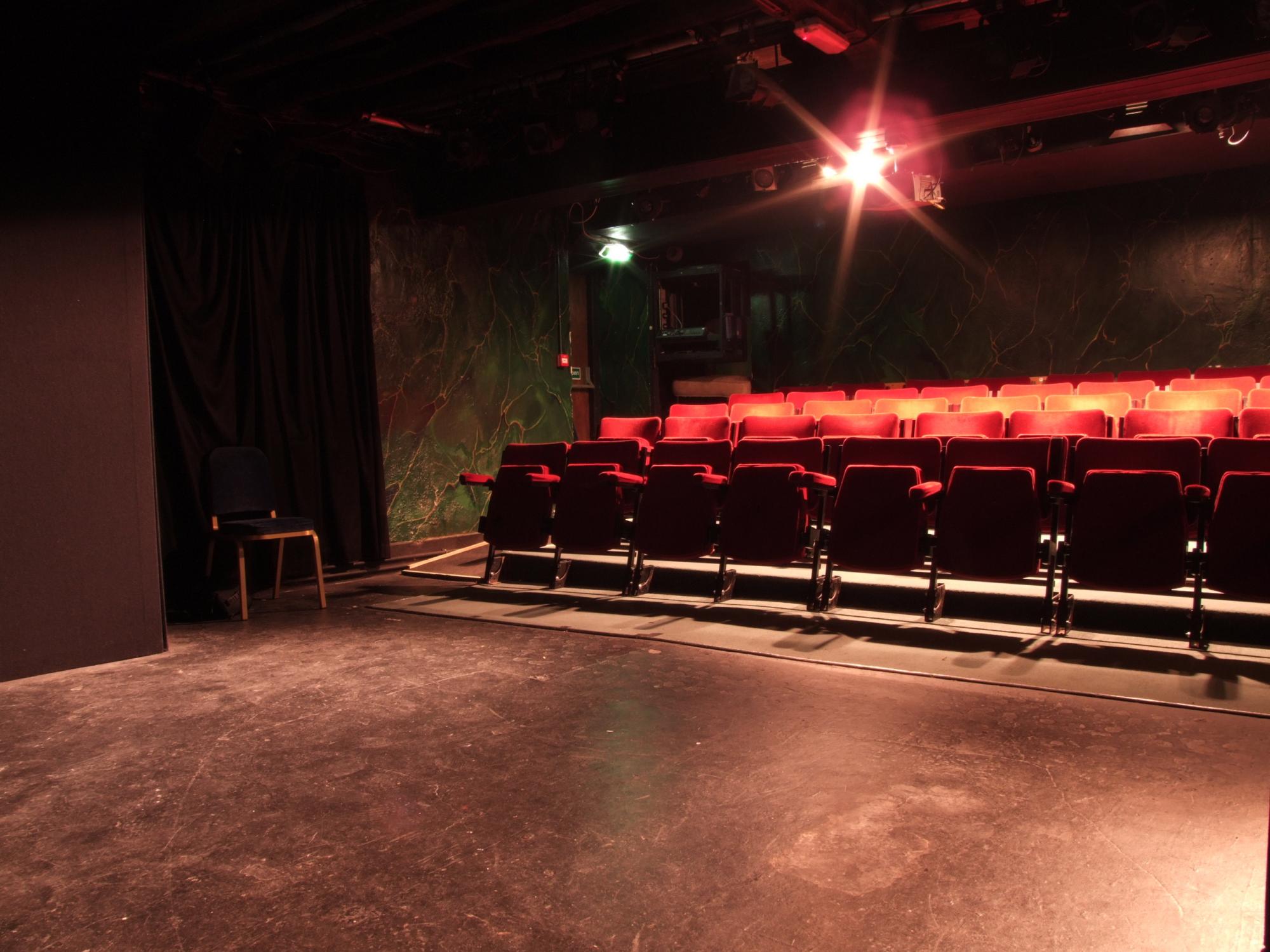 2016 marked the last year of the Paupers Pit under The Old Hall Hotel. Fringe chair Keith Savage spoke to some key Fringe players about this intimate theatre space and its history.

Regular visitors to the Buxton Fringe will have become accustomed to announcements that ‘this is the last year for the Paupers Pit'. The 41-seat theatre is to be found in the cellars of the Old Hall Hotel and it really does seem that it will close in early 2017 as the redevelopment of The Crescent gathers pace.

We asked some of those most involved in the history of the Pit to share some memories with us. Martin Beard who was crucial to youth theatre in Buxton – as well as the Fringe – told us:

“Louise Potter – at that time owner of The Old Hall and Opera House trustee - was concerned that there would be no theatre at all whilst the Opera House closed for its big refurbishment from 1999 to 2001 and she asked if I could do something in the Pit. I got an Arts Council grant and Michael Elphick and I converted the Pit into a permanent theatre space in 2000 as a five-month project. The first show was Chalotte Keatley's My Mother Said I Never Should. The cast included Helen Grady, Sorrel Thomas and Sheila Vaughan.

I scrounged the seats from a college in Dudley (who were doing a refurbishment of their theatre). They were advertised as going for scrap on the BECTU website if there were no takers. We hired a flat-bed truck, dismantled the whole 120-seat retractable auditorium in a day and stored it in a big shop near my house in Blackwell Mill. Only 41 seats were used in the Pit and the metalwork and frame for the auditorium eventually went for scrap. I still have some of the remaining seats in a cellar in Manchester.

My favourite production was Educating Rita with me and Corrine Coward in the cast and directing each other putting an anagram of our names in the programme making 'Annie Trimcorn' the director.”

Tom Crawshaw has performed in the Pit and has written and directed plays produced there:

“I was involved in REC and REC Youth Theatre shows in 2001. I also remember the room very well from pre-Pit days, when we rehearsed Buxton Drama League shows there. I'm pretty sure there was a sauna in the corner.”

Since 2007 the Pit has been managed during the Fringe by Underground Venues and Tom and Yaz Al-Shaater have taken on much of the production of shows. Tom says:

“I can speak for hundreds of professional touring companies who've fallen in love with the intimacy and atmosphere of the Pit on their way through Buxton, over the 10 years we've been able to run it. The tech desk built into a hole in the wall and the changing room in a boiler room are particular favourites.

Favourite Fringe-related memories would include comedian/performance-poet Tam Hinton smashing cream cakes with a hammer on stage which covered the whole room, which we had to clean in five minutes before Mark Twain-impersonator Bern Budd had to deliver a lecture. And the time Piff The Magic Dragon’s dog, Mr Piffles, ran down the stairs and on stage during another show and we had to chase round the stage to catch him.”